Review Round-Up for “We Are the Cloud”!

I’m more proud of “We Are the Cloud” than almost any other story I’ve ever written, and was so beyond 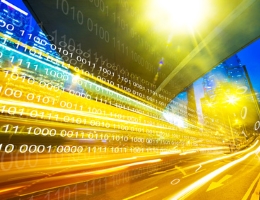 ecstatic when it got published in a venue as phenomenal as Lightspeed. I knew that they’d get it in front of a lot of readers, and I was excited to hear what people thought of it.

Reviews got off to a rocky start. Tangent Online published a vile, homophobic review of the story that basically boiled down to “ick, gay, gross, so, bad story.”

But then the story started getting tons of love!

Over at Apex, Charlotte Ashley wrote that “Miller has a nearly unparallelled knack for writing heart-wrenching characters and painful personal attachments… By vesting Sauro with all this power and then showing both why he doesn’t use it and what might make him use it, Miller is telling the story of all power, regardless of how “speculative” it is. Power dynamics are forged by class, money, personality, hate, and love. Technology is the last factor on the list.”

Later, they included it in their “Best Short Fiction of 2014,” and said “Miller is one of only a few contemporary short story writers whose work excites me sight unseen. When I hear he has a new story out, I drop everything to go read it. “We Are the Cloud” is everything I love about Miller’s work: socially-insightful, near-future realism with raw, authentic characters and the kind of emotional payload that sneaks up behind you and stabs you in the back.”

Over at Locus, Lois Tilton called it “A darkly cynical piece that doesn’t sugar-coat its circumstances. On the one hand, it’s a happy ending for Angel, on the other, it’s not hard to see him becoming a super-villain reveling in revenge; he has a lot of revenge to take.”

Amal El-Mohtar wrote a crushingly kind and weep-inducing review, and said, among other wonderful things: “I loved this story unabashedly: Sauro’s voice and vulnerability, the generosity of his character, and the integrity of his engagement with the unflinching awfulness of the premise are tremendously effective. It’s a heart-breaking, harrowing piece, made all the more so by that near-future vision’s many intersections with the present: in his Author Spotlight, Miller expands on the realities of foster kids’ prospects and the gross systemic injustices they face. It’s also a desperately elegant story, combining a careful structure with a depth and intensity of emotion that puts me in mind of ivy bursting from a brick wall; the very controlled, deliberate punctuation of Sauro’s present with moments from his past is a mixing of mechanical and organic reminiscent of the cloud-ports themselves.”

That homophobic Tangent review, and the mild firestorm that it sparked on social media, sparked this very attentive analysis of the story and of short genre fiction in general; dude didn’t love the story, but clearly thought very deeply about it and had some interesting things to say about it and two of my favorite stories from last year: John Chu’s “The Water that Falls on you from Nowhere,” and Sofia Samatar’s “Selkie Stories Are For Losers.”

BestSF.net called it “An excellent story from an author new to me, with a good mix of technology and social issues, and an interesting lead character.”

Brooklyn!! Tonight at 7pm I'll be returning to @am

Triceraraptor, created by my nephew. Just look at

After months of tending, my jasmine finally produc

"Well, uh... I think it's pretty self explanatory?

So good to be back at Film Forum. Fellini's not on

Tag yourself, I'm "Sandwiches." G-d I love these

What are THESE TWO so happy about???

My first novella! KID WOLF & KRAKEN BOY is the sto

What an amazing evening!! @janellemonae & @weredaw

The future is here! Hydroponic farm at Yankee Stad